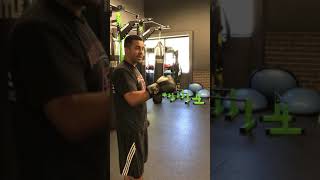 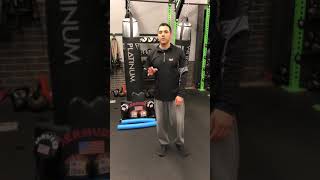 Awesome being in a gym where legends are made. It was great stepping into your second home Heather Hardy, Paulie Malignaggi, Roberto Duran, and Jake Lamotta. It was an honor meeting World Champion contender and trainer Lennox Blackmore. #FisticuffsBoxing #Coach #Boxing #NewYorkBoxing

An awesome visit to the UNLV boxing gym. In the rebuilding stage but happy to see these young men in the gym getting after it. Made me wanna lace em up right about now! 👊🏼 Very nice to meet UNLV head boxing coach Nate Goule. Keep investing in these young men coach. They’ll always remember the lessons you teach in and out of the ring. #Sparring #UNLVBoxing #Boxingblogger #Author #BoxingWriter #FisticuffsBoxing #Coach

When you combine boxing & our Lord & Savior, you can't go wrong. Had to get this AWESOME shirt! #Sparring #MittWork #Boxingblogger #FisticuffsBoxing #Training

I walked through the door of the Sushi Koma restaurant and met with my old boxing coach Chris Ben-Tchavtchavadze. He said something to me that made me crack a smile. "What's up Bermudez, you look exactly the same!" The next day, I walked through the Fight Captial gym door and heard that familiar boisterous greeting from my old boxing coach, Skipper Kelp. "BERMUDEZ!!!" I looked at both men and saw they have not changed a bit. They were both still amazingly fit, sporting a frie

MAJOR PROPS TO THIS YOUNG LADY

I just want to give major props to this young lady right here. The day before her physical agility test for public safety, I took her to see if she was able to climb over the six foot wall, which was a requirement for the test. She tried several times and it just was not happening. It was pretty discouraging to say the least. She went home, reassessed, did some research, and attempted to once again to climb the wall THAT NIGHT. And guess what, she did it. She went on to take

JACK OF ALL TRADES AND A MASTER ON NONE

A FEW WORDS FROM A FRIEND